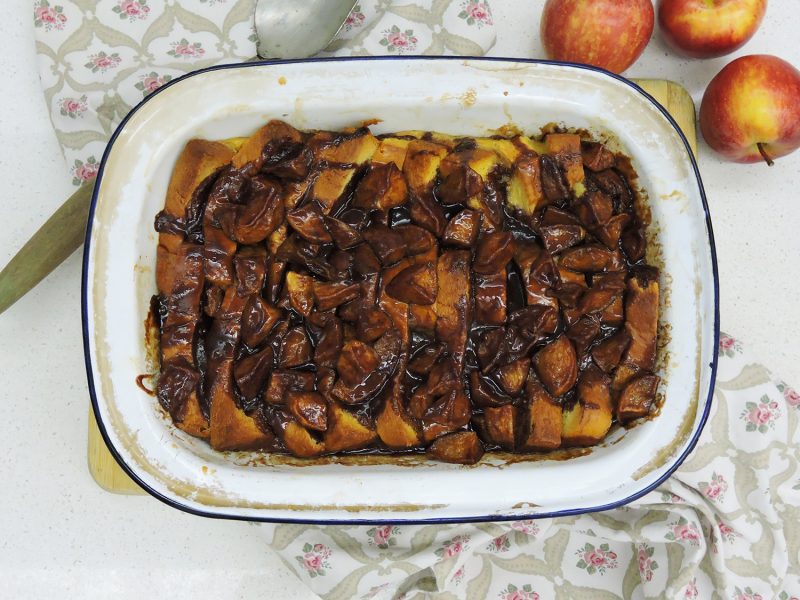 My bread and butter puddings are renowned throughout the lands!
OK, maybe that’s a truly ridiculous overstatement… BUT, I’ve made a croissant version of this Apple + Cinnamon pudding for over 400 diners at a huge lunch event (to much delight and cleaned plates), I’ve also had a seasoned patisserie chef tell me it’s the best B+B pudding they have EVER eaten (and subsequently took my recipe) AND I’ve routinely made this for the toughest critics of all; my family and friends. Suffice to say, it’s tried and tested.


This is my basic B+BP recipe, you can make it bigger by doubling or even quadrupling the quantities and cooking it in a larger tin – but keep the cooking time the same regardless of the size.
I generally make it with Brioche because I love the buttery sweetness, but I quite often use torn up plain croissants as well (You could also use Panettone or good ol’ white bread if that’s what floats ya boat)
And, if you’re a bargain buyer like me, this is the perfect time to scour the clearance bread rack at the supermarket or raid your freezer for old loaves because stale bread actually works better than fresh.

I’ve also put my Mixed Berry variation of this recipe at the bottom for your enjoyment, but just remember, you can add ANYTHING you like,  just keep the basic pudding recipe the same and really, the only flavour limit is your imagination and taste buds!
Enjoy this comforting warmer and I hope it makes several appearances on your dinner table this Winter xx 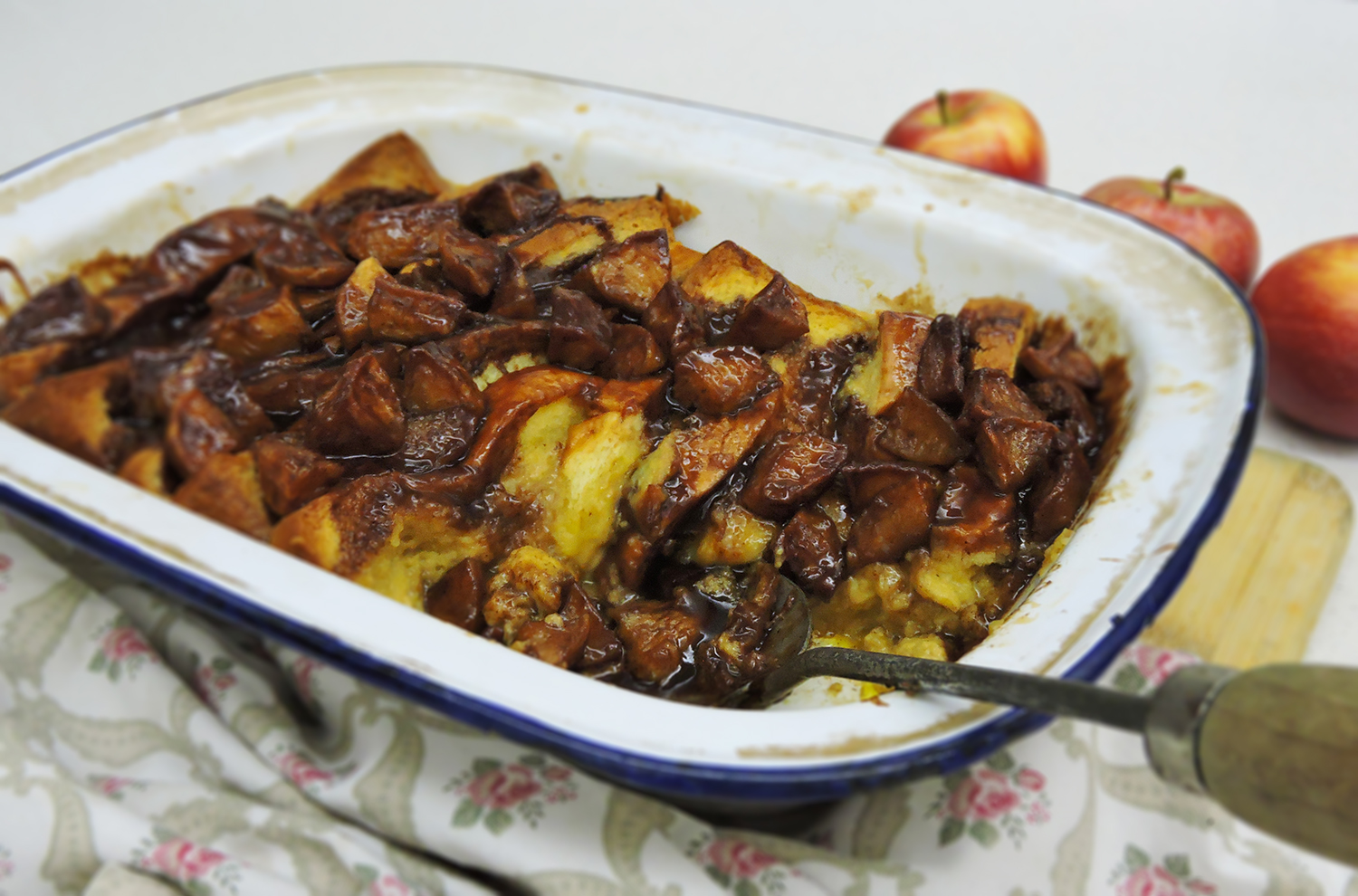