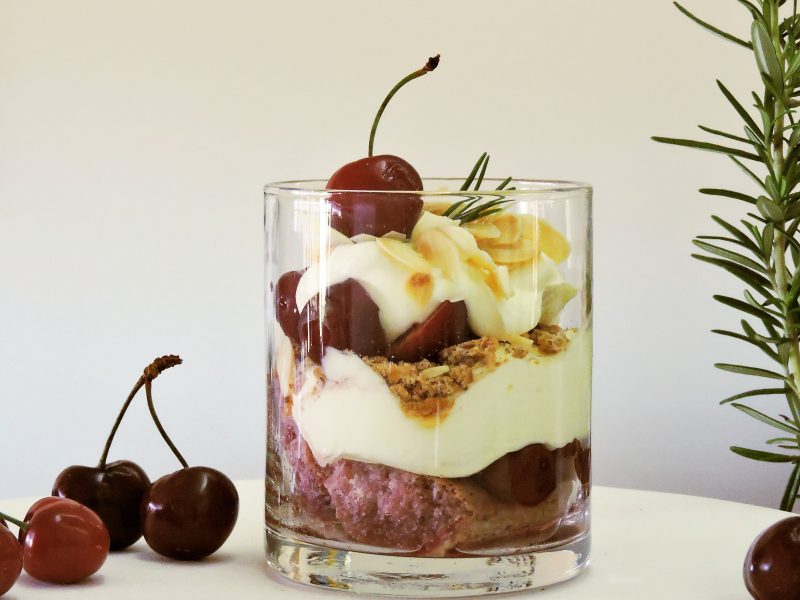 Trifles, although delicious, are usually a time consuming and heavy dessert.
This is my super quick and easy, festive but summery version. I find the yoghurt adds tang and lightens the dish up, and the interesting aroma of rosemary pairs beautifully with the tart fruit and sweet almond.
Also, if you want to see footage of me actually making it, then watch the vid I filmed below…