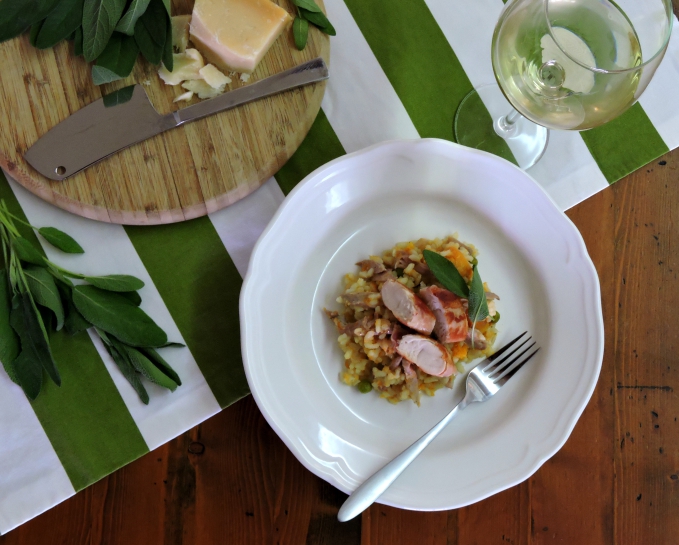 I’m a self professed, City slicker with a Country heart.
I love nothing more than leaving the bright lights behind for the fresh country air (Although, Adelaide is just a big country town, which is probably why I love it so damn much).
Living on the land, it keeps you down to Earth. Country folk, are my kinda folk.
Farm fresh, seasonal, cooking from scratch. Country food, it’s my kinda food.
Yabbying, Spot lighting, Dirt biking. Country fun, is my kinda fun.
And let’s all face it, Cowboys are hot.

When Cory told me he was a country lad on our first date… That was it, I was putty in his big, calloused hands.
He grew up on a farm in Victoria, until he left when he was 18 for greener, big smoke pastures.
Luckily for me, you can take the man out of the country, but you can’t take the country out of the man.
And as we’re growing older, my man’s been progressively returning to his roots, and I love it.
He’s grown a sexy beard, He’s been hunting for our food, He’s been listening to country music… Ohhh La La!

As a (some might say, unfortunate) result, I too have also been getting into country music lately.
Cory’s been playing some Honkytonk Southern Cowboy called Luke Bryan at high decibels for the last few weeks, and I’m not ashamed to say, I actually really like him.
My personal favourite L.B. (Yep, I abbreviated y’all) ballad?
Hmmmm well it would have to be this timeless boot scooter, ‘Drinkin’ Beer and Wastin’ Bullets’.
If I may, indulge you with a few profoundly classic lines…

Uh-huhhhh, what is not to love!?
Now dear friends, DO NOT get me wrong… I’m not mocking this song or the man himself, quite the contrary.

For you see, I’ve always felt country music was somewhat depressing. Hearing epic, rousing renditions about custody battles, and abusive drunkards is what I like to call ‘A hoedown buzzkill’.
But, this guy, he’s fun.
He’s chicken-fried steak fun.
He’s getting tanked and shooting guns fun.
He makes midriff wearing Southern belles, faint in the front row and hurl their G-bangers at him.
He makes me wanna shake it for the rednecks rockin’ ’till the break of dawn… C’mon, C’mon, C’mon! (Sorry, another favourite song line…)
He makes Mrs. Moo sing every word of ‘Country Man’ in the backseat, like she’s auditioning for American Idol.
This guy, he’s stone cold, corn fed country cool.

Disclaimer: Under no circumstances do I condone combining booze and guns… Unless, it’s a tattoo gun. I’m fairly certain many a hilarious story has begun with the line “Remember that time we drank Patron and tattooed ourselves?”…

Anyhoo, in honour of everyone’s (meaning: mine) favourite country crooner, Luke Bryan. I’m sharing a Festive Feast recipe that will be a serious hit with every self-respecting spot lighter and Bourbon drinkin’ gun slinger in the hayloft.
My Rabbit, Pumpkin and Pea Risotto.
So go forth and cook this candlelight, date night dish for your favourite Buck or Bambi, then hit the Egyptian-cotton paddock like a pair of bouncing bunnies…
Luke Bryan serenading on the stereo is optional, albeit highly recommended.

Please note: I cook with Wild Rabbit which is an introduced vermin and routinely culled. It’s available from most country and game butchers (If you’re not lucky enough to have a crack shot gunslinger to catch it for you). Wild Rabbit is reasonably smaller in size than a farmed Rabbit and it’s not recommended to eat the offal.