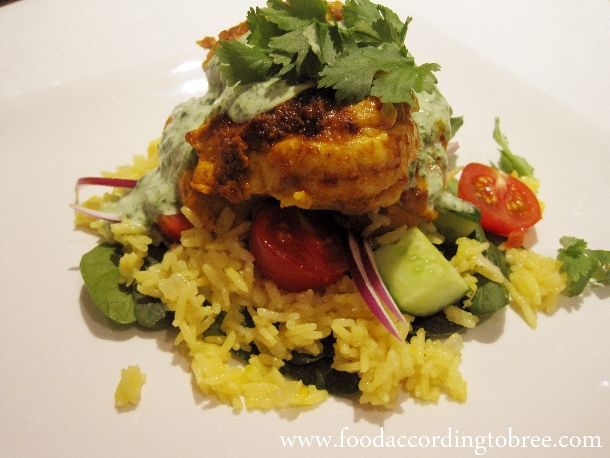 When the time comes, in the not so distant future that my eldest daughter screams she hates me and asks what I’ve ever done for her, I will bring out my list.
Since her conception, I’ve been compiling a mental tally of all the undesirable things I’ve endured because I love her, for such an occasion, and now I can add one more entry to it…

Last week for her 6th Birthday, at her request, I visited one of the Nine circles of Hell.
An All-You-Can-Eat buffet.

Look, I can appreciate that there are many people out there who delight in such a place, and that is totally fine. I’m just not one of them.
There is nothing more off putting to me than lining up like you’re in the Army mess hall for food that has been sitting out for over half an hour, while random diners breathe, cough and talk over it and scrambling for the tongs as you get elbowed out of the way by some bulldozer, who can’t wait their turn because they will ‘Just die!’ if they don’t get that stale piece of garlic bread on their plate within the next 5 seconds.

Our dinner started well enough.
We were dining with some good friends, check.
The kids were in a place where it’s actually mildly acceptable for them to run around like crazed lunatics, check.
This evening there was a face painter to make our children look hilarious for our enjoyment, check.
I had a bottle of wine to numb my pain, check.

After I completed my obligatory lap of the bain-marie’s and due to extreme hunger, I settled on the Roast Beef section. I figured as it was likely the most popular choice it would be replaced more regularly, hence removing any chance of a killer E. coli infection and since it’s not the type of dish you can pick up and put back because you’ve simply changed your mind, there won’t be any possibility of dirty-plate cross-contamination.
OK, I will admit. The roast was actually edible and somewhat tasty.
They had all the trimmings. Roast pumpkin, carrots and potato, gravy, peas and corn. I loaded up my miniature plate with the veg and I felt I was in safe hands.
Once I returned to the table, I was relieved to see that I was not alone in my mind set. On the adult’s plates, there were roasts all round. My friend Jen deviated to the Chinese bar, and regretted it.

The youngsters were another story. They of course go straight for the deep-fried section.
One word… Abomination.
Look, I love the deep fryer just as much as the next person. Fat = Flavour. There’s actually nothing more satisfying than a hot, fresh potato chip with extra salt on it.
Except, these aren’t hot and fresh. They are old and cold. And, after witnessing my youngest use her hands to gather them, then decide to put them all back into the tray (Yes people, I got them ALL out again) it led me to wonder… how often does such an event transpire? Looking around the restaurant I imagined there were more than a few diners unwittingly eating the bacteria off a small child’s hands.
Sitting next to the old chips was a tray filled with lukewarm murky water and little boys. Otherwise known as ‘Cocktail Franks’. Every time I see these foul little red sausages, I shudder. What is in them? WHAT? Can anyone please enlighten me, because I can’t even touch them without feeling as though I need to wash myself in Dettol from the elbows down.
Next to the little boys was a tray with baked fish. Upon reading the name, I realized this fish likely swam straight from the depths of the Mekong Delta and anyone ingesting it was probably also digesting motor oil and the decomposed corpse of another animal… or worse.

Then we come to dessert. The reason we were all here because, after quizzing Moo on her decision to subject me to this torture, she replied “I like the Chocolate Mousse”.
Gazing reluctantly over the hot side’s offerings, all I could see was different shades of beige and lumpy.
The cold side didn’t fare much better in my eyes. Probably the most palatable dish was the jelly and this was no help, since I always identify eating jelly with being sick anyway.
Perhaps, the only saving grace was the ice cream bar. That is, unless you start imagining all the frozen saliva particles on the surface of it from kids (and adults) who can’t contain their glee at a vat full of ice cream that never runs out.

As a final parting gesture to our evening, my youngest decided to regurgitate her dinner. No sooner had I finished cooing over her ridiculous painted face and telling her “Oooohhh Mog, you’re the cutest little girl ever!”, than she looked up at me (and I believe it was a mixture of over-eating and inhaling the face paint… NOT food poisoning) and lurched out the contents of her stomach on the carpet at her feet.
That’s twice in one week I’ve been on my hands and knees scrubbing up food filled barf (Yes, I cleaned it. I would never expect another person clean my child’s mess… nor should anyone for that matter).
It is now obvious to me that I’ve offended the Universe in some way, there’s no other explanation for my recent projectile punishment.
“I will solemnly swear to be a more God fearing individual if it will end this Gastro nightmare… Amen.”

I also really wish I could say that this will be my last appointment with the All-You-Can-Eat hallows of Doom, but I have lots of friends with lots of kids and even though I can always talk my own children out of ever celebrating at the buffet again, unfortunately I can’t sway theirs.

Now, I made a promise to myself that if I was to ever post a blog that was anything less than stellar, I would never name and shame, so don’t ask me for details friends, we will call it ‘Restaurant X’.
And, in their defence I will say this… the staff were all super lovely and extremely helpful, the other diners were all very friendly and this particular buffet has been around for several years and was packed with guests, so I’m fairly certain there has never been a food related incident there.

Since we are on the subject of notorious restaurants,  and if you’re in the mood for Indian but don’t have the stomach for it, this ones for you…

Please note: This blog post is my personal opinion. If you dearly love the buffet and can’t think of a better evening out, that is totally acceptable and I wish you well. I’ll remain impartial to your adoration of cold, stale food if you remain unoffended by my absolute aversion to it.

Oh, and if you think eating at a buffet is scary… check out what the face painter did to my kids. Only one thing comes to mind…

Children of the Corn. 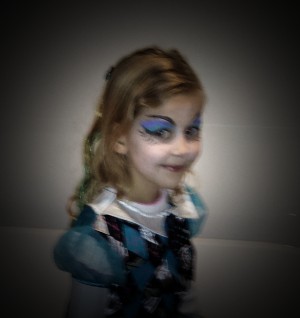 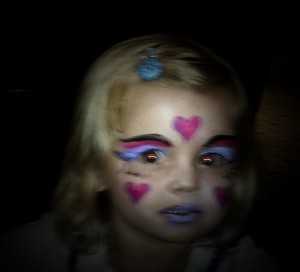