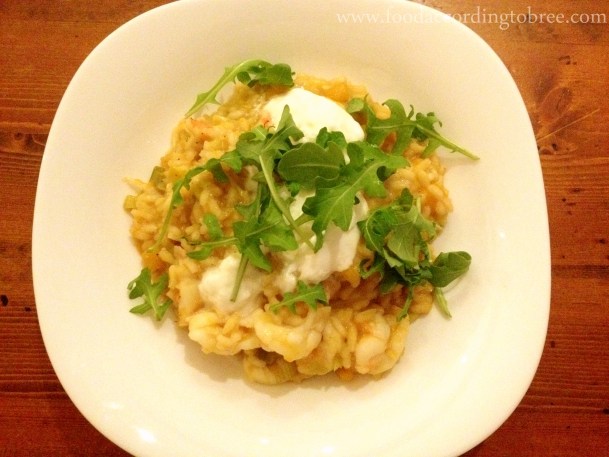 I once was asked by a friend, “If there was only one thing you could ever eat again, what would it be?”
Clearly my mind was swimming. I mean, how could you pick only one… Cheese? Pork? No, no, that’s a question too hard to answer.
But, it does compel me to tell you a story about love and loss…

A couple of years ago now, my sister Dyani and her husband Mark were visiting from Coolum.
We all grew up in Adelaide and Mark’s mother got her hands on a sack of about 18 dozen Coffin Bay Oysters. These gorgeous little babies weren’t even shucked yet and as you can imagine, my greedy little self was in serious, shellfish heaven.

To celebrate the homecoming of my dear family, I organized a lunch with friends. But, unfortunately after Dyani and I finished preparing a majority of these oysters in different delicious ways, we were informed by half of our guests that they actually don’t eat oysters.
WTF? I seriously love my friends don’t get me wrong, but my hand was getting hot and wanted to start bitch-slappin’.
Once I calmed down and got over the shock of being at a table surrounded by oyster hating heathens, it suddenly dawned on me…
That’s OK… Wahahahaha there’s more for me!

And gorge we did.
It was one of those glorious moments in life, when you are sharing a plate of oysters and no-one is being polite about taking the last one.
We didn’t need to divide and conquer, there was more there than we could ever possibly eat.
This was Nirvana.

The very next day when I opened my fridge for a late afternoon lunch, I was greeted with the divine sight of 3 dozen left over oysters.
What’s a girl to do right?… I ate those little puppies, and I enjoyed every morsel.

30 minutes later… What the hell is this rash?
My body broke out in a random, spotty skin disease.
I immediately went into the shower (as you do, when you’re trying to wash away sin) and when I emerged, the shock on Cory’s face at my now beetroot red body was enough to instil fear into the heart of anyone.
So, I did what all normal, well-adjusted people do.
I started fanatically scouring the internet for symptoms of deadly skin eating bacteria diseases.
Images of small-pox and meningococcal were now floating through my brain. But, fever…no, runny nose…no, aches and pains…no and no.
I decided the best course of action was to ignore the fact that I now resembled Elmo and watch a movie.
So, I settled in for the evening in all my rose, radiant glory and watched 127 Hours (great film, if you haven’t seen it, you should).
After the movie I went to bed and although my rash was still bright enough to land a plane, I was in good spirits because unlike the poor chap I’d just been watching, at least I had two hands.

5:30am… Baby crying.
As I rose to feed my baby girl her morning milk, something wasn’t right. I touched my face… hmmmm I don’t remember my cheeks being so plump, better check this out.
Oh. My. God.
If you’ve ever seen the elephant man then you will understand, I looked like his twin sister.
I woke Cory to get his reaction, and his reaction was immediate… Call the Paramedics!
Of course, I was more worried about making a street wide spectacle so early in the morning that I made Cory ask them not to use their sirens, and seriously… it’s just a little bit of bloat isn’t it?

5 minutes later… Paramedics arrive.
They see my face…
WHY is everyone so shocked to see a bloated, red raw elephant woman with slowly closing airways?
The Paramedics were wonderful, they gave me anti-histamines and stayed with me for an hour to make sure I was OK, as my eyes started opening from their tightly fused position and my fluorescent skin turned to a more acceptable pinkish hue.
However, it was while we sat that I was informed about something so disturbing, it almost sent me into code blue…

Bree – “Yes, I ate about 10 dozen oysters. They were delicious… Regrets?… Hmmm, maybe a little”

Paramedic – “Well Bree, I have some terribly shocking news for a food lover such as you. Shellfish is notorious for not only being an allergen but for randomly striking down shellfish loving people in the prime of their life, for no reason and FOREVER…EVER…EVER…ever…ever”.

Her words were ringing in my ears… Forever? FOREVER!!!!

No, it can’t be!
Look, right at that moment I was angry at oysters so they could go to hell… but, PRAWNS?
No way Man! You are not telling me that I may never eat another prawn again, for as long as I shall live?
In that moment I felt such a sense of loss.
I could immediately relate to any foodie who has ever loved and lost.
I’m talking about the cheese loving lactose intolerant or the crusty white baguette loving gluten intolerant.
OK, if you’ve always been allergic to something then you’ll never know what you’re missing, but to love prawns the way that I love prawns and to have them snatched away from you by a cruel twist of fate, it was inconceivable to me.

So, after mending my skin and face, delivering news so devastating that it was like a punch to the windpipe and advising that I start to carry around an epi-pen for any future shellfish related anaphylaxis, the Paramedics went on their way.

Then, I cut out seafood.
Not just shellfish, but all fish and all fish related products, and then I counted down the days until I felt it was safe enough to tread those deadly, murky waters of shellfish allergy reaction.
That time came after several drinks in Gouger Street.

2 weeks later… We were dining with our good pals Justin and Katherine at Café Kowloon.
And, I will tell you this my friends, sending me to Café Kowloon and not allowing me to eat steamed prawn dumplings is akin to torture.
I was writhing around in my seat, scared to share the seafood dishes of my cohorts but feeling free and daring from all the Vodka Soda’s I’d been ingesting.
My husband, being the sharp little number he is, suggested rubbing prawns all over my inner arm.
So we did.
5 minutes, no reaction.
10 minutes, no reaction… Ah ha! That’s good enough for me. I dived in like a pig at a trough, devouring every prawn in sight.
And, since I am actually alive to tell you this tale, I can happily report that my brush with oyster death was merely a freak occurrence and perhaps more importantly, just a lesson to us all…
Greed is a sin and you will be smited, so unless you’re a professional eater, stop after 3 dozen.

Now, in honor of my lost love returning to me, I am making this week Prawn Appreciation Week – or P.A.W. for short.
I will share with you one of my favourite prawn recipes, my Prawn and Pumpkin Risotto, so we can all pay tribute to this wonderful creature together.
Some might say he’s Lobster’s poor second cousin, but to me, never has a name been more fitting… King Prawn